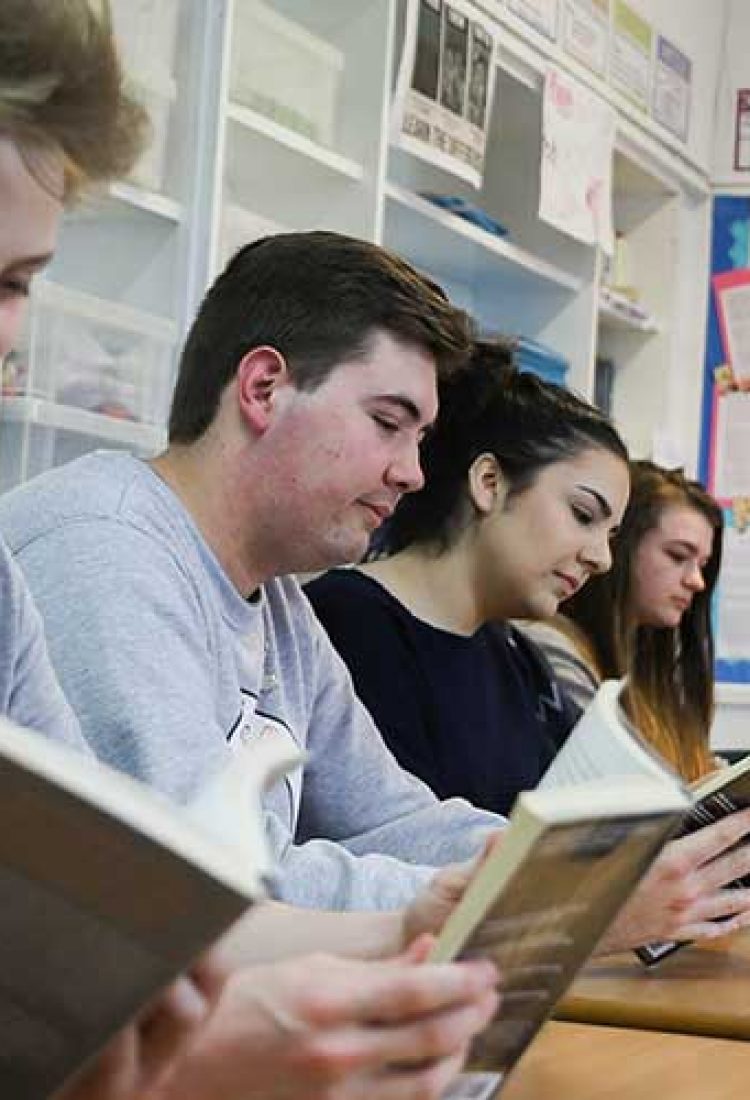 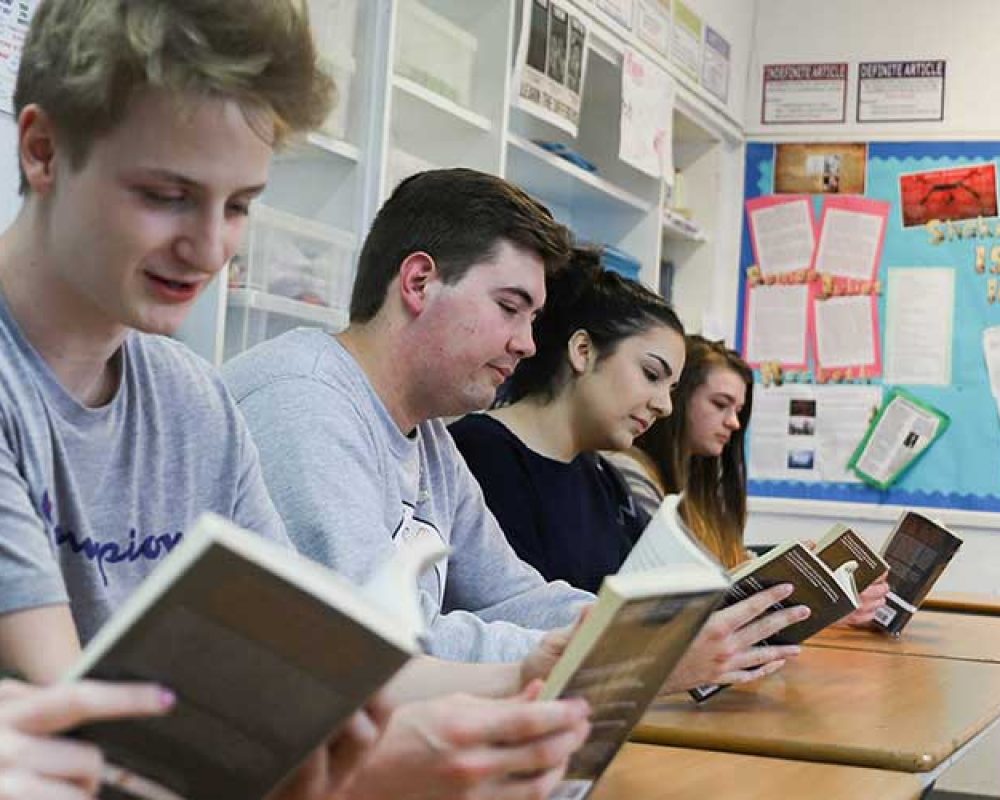 The study of language at A level builds on some of the skills acquired at GCSE and combines theory and practice.

The course may well appeal to those students for whom the detailed study of literary texts is unrewarding. The emphasis is on non-fiction texts both written and spoken. The course also provides opportunities for students to produce their own original writing in one of the examination papers and write a commentary justifying their choice and use of language. In addition, there is a coursework unit which is worth 20% and consists of an investigation into some aspect of language and identity.

It must be stressed that this course should not be seen as an easier option than English Literature. It is a skills-based subject and these skills will need to be practised on a regular basis through analysing texts. There is also an expectation that students will eventually be able to use grammatical terms confidently in context.

During the course students are given the opportunity to explore and analyse written texts. They will also demonstrate their ability to be focused with language. Time is spent on investigating how people communicate, including the analysis of ‘real life’ conversations as well as scripted drama and prose texts.

Component 1: Language Concepts and Issues. Written Examination 2 hours 30% Section A: Analysis of Spoken Language. One question requiring analysis of at least two transcriptions. Section B: Language Issues. One question from a choice of three based on the study of four topic areas.

Component 3: Creative and Critical Use of Language. Written Examination 1 hour 45 minutes 20%. One question from a choice of two, requiring two original writing responses and one commentary.

Component 4: Language and Identity. Coursework 20%. One 2500-3500 word language investigation based on the study and research of a topic related to language and identity. Learners are required to choose a topic from the following list: language and self-representation; language and gender; language and culture; or language diversity.

Professor Jean Aitchison encourages students not to think of language as bricks and mortar, a monument to be preserved, but as something in the process of its own evolution. Within this course you can enjoy the nuances and oddities of our language (ever wondered why we have noses that run and feet that smell, why writers write but a finger doesn’t fing?) Gain insight into how language functions in the world around you; we study a huge range and variety of spoken and written discourses from texts and tweets to political speeches and sports commentaries, from travel writing to advertisements.

Study how language has developed overtime taking a journey from Old English and Anglo Saxon through Chaucer, Shakespeare to the more contemporary use of language illustrated in TOWIE and Love Island (How does one actually use the word “salty”? Salty food? Don’t get salty? He/she is salty?). You may think that there is a vast number of words that aren’t ‘Proper English’ but the Oxford English dictionary thinks otherwise and continues to add neologisms such as totes (2005), jeggings (2009) selfie (2013) and twerk (2015), all originating from popular culture and social media to its lengthy lists.

Are you interested in why certain people speak like they do? Have you ever noticed how men and women speak differently? Do you know your pronouns from your modal verbs? You will learn how to think critically, how to study different kinds of language use, how to record, research and analyse your own language data, how to apply different theories and models, and how to communicate your knowledge and understanding in various forms.

If you love how language changes and evolves, English Language could be ‘100% ‘your type on paper’.

A Level English provides students with the skills to read analytically and with insight. It demands balanced argument and well-structured written responses from students. It is particularly appropriate for such careers as advertising, the law, the civil service, publishing and journalism, all forms of management, the police, business and finance and public relations.

Back to Curriculum Subjects
Back to English