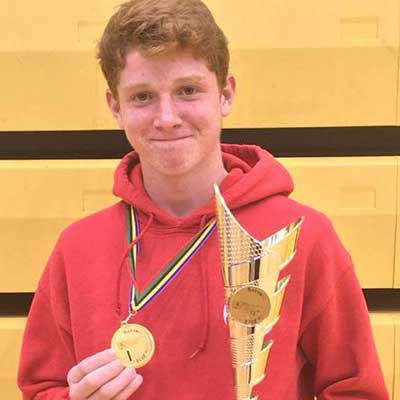 Churston’s very own Fergus Caskey-Sutton has been selected for the England U15 boys team to play in a prestigious international tournament in Copenhagen this month. Fergus has been playing basketball for six years, both at school and for the Torbay Tigers. Coaches Norman Waldron and Rick Wooldridge have been coaching talented players for the school and club for over 40 years. Rick has coached Fergus this season in both the school and the club U18 squads, reaching the National Schools semi finals. Rick said: “Fergus has played against teams three or four years older this season and has more than held his own.” “He has been in the starting five for a large number of games and is able to contribute in many areas of the game besides scoring.” Good Luck fergus!

X
We use cookies to ensure that we give you the best experience on our website. If you continue to use this site we will assume that you are happy with it.Ok