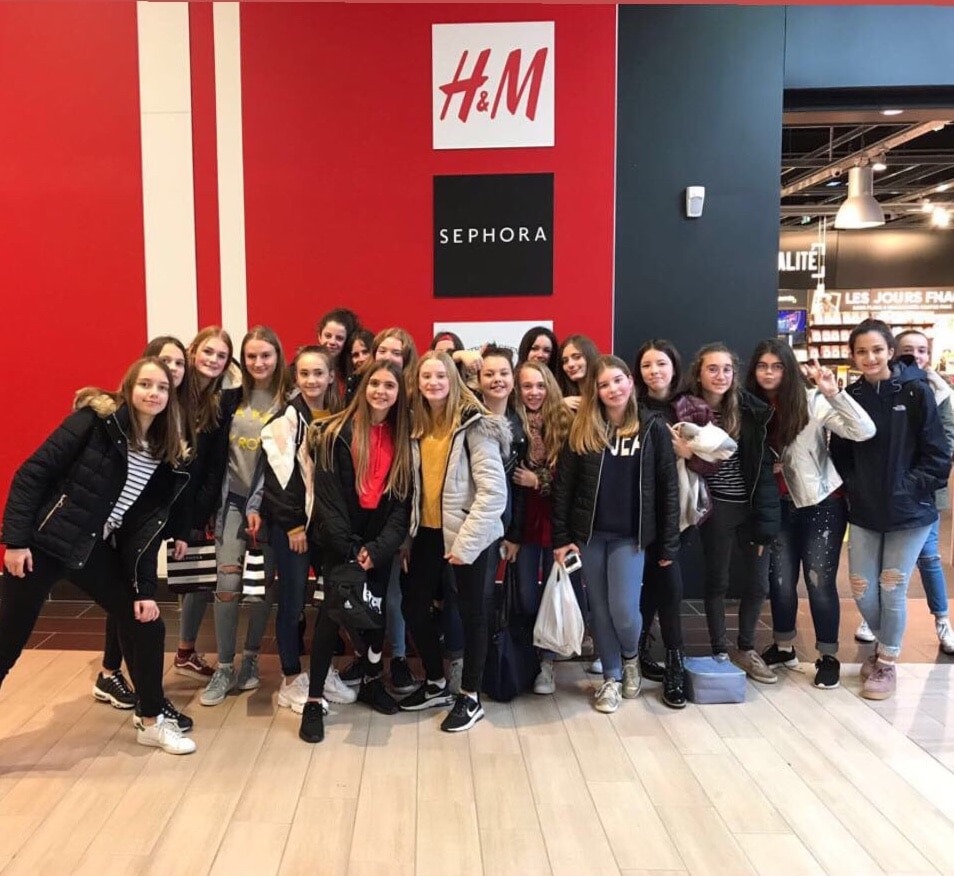 The French exchange was a great success again this year.  A happy cohort of twenty year 9 pupils went to Brittany accompanied by Mrs Reeve, Miss Lisse and Mrs Bright. We travelled in March and spent one week in Quimper, the French penpals joined us in May here in Torbay. The French exchange is an incredibly enriching trip: on top of the cultural and language input, pupils also make new connections, new friends and really experience the French way of life.

This exchange offers the children the opportunity to run activities with primary school children in France, they also visit museums and places of interest, marine centres, creperies, hypermarkets, they go bowling with
their penpals and much more.

The opportunity to speak French is there at all times as children spend their afternoons and their evening meals at their penpals’ house. They then share what they have experienced when back at hotel for the evening.

We are very fortunate to have an excellent relationship with *le college de la Sabliere* and we have had this strong connection for the past ten years.

It is wonderful to see the children enjoy their time together with their friends from Churston but also with their penpals. The cultural, emotional and linguistic gains make this trip a very special one. 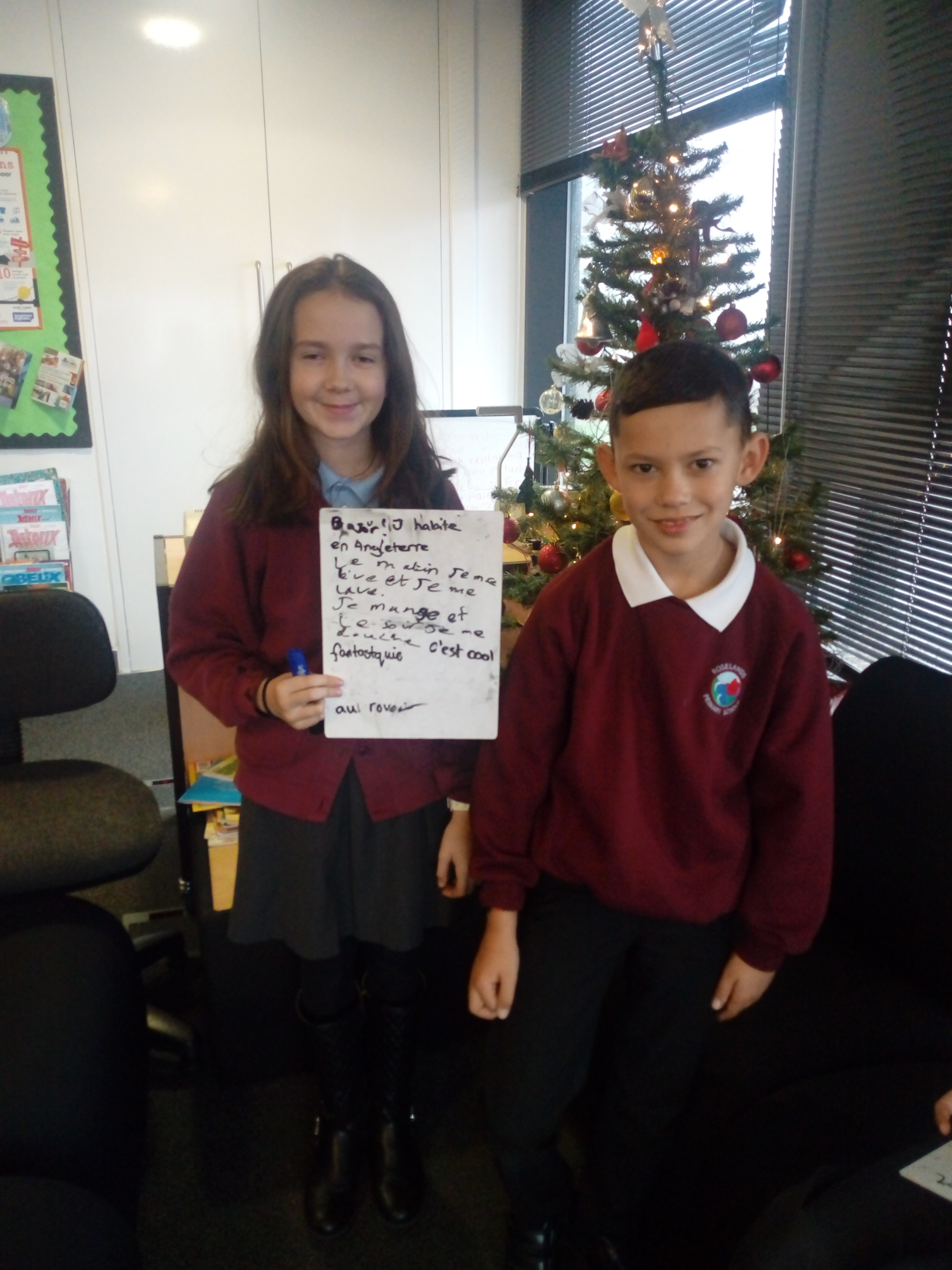 Churston works closely with 17 primary schools to support the KS2 Framework for languages. Primary workshops in French or Spanish are run by Mrs Bright on a fortnightly basis, the school welcomes years four,  five and their teachers. The aim is to consolidate the language learnt at primary school through games, quizzes, running dictations. An array of interactive strategies help the children have fun and learn new expressions, customs which they then pass on to their peers when they go back to school. 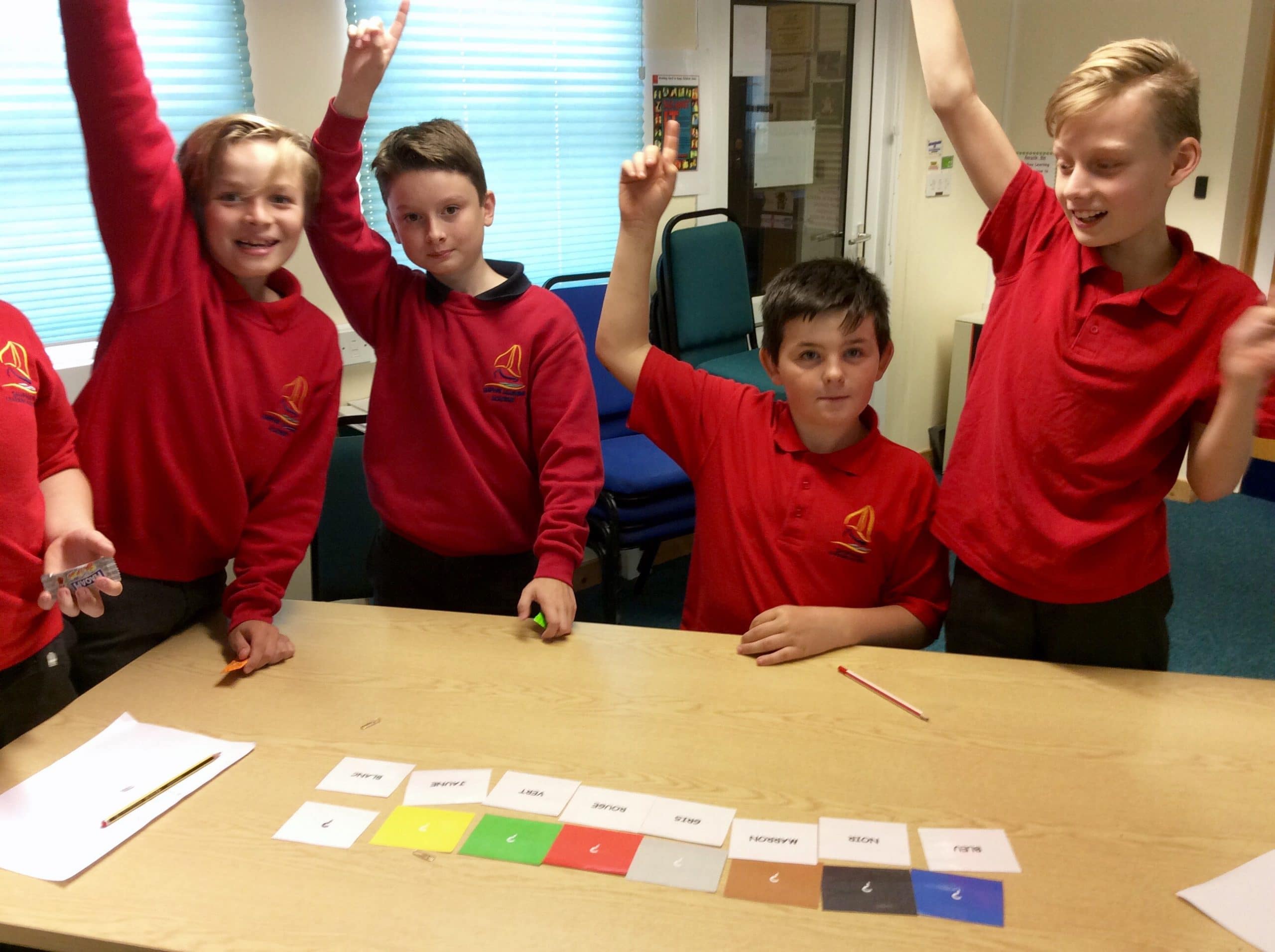 Churston Ferrers Grammar School is proud of its strong links with primary schools in the bay: French and Spanish workshops are offered at Churston on a fortnightly basis for children aged eight to ten; sixth formers play a big part in this connection too!

The pictures were taken at Shiphay Academy where year 12 students taught French, Spanish, German and Italian to years four, five and six during their French week!

All of the students were a credit to Churston, they delivered well -paced, fun and interactive lessons , there is no doubt that the future of our country is in excellentes mains! The sixth formers deployed an array of games and engaging  activities to enthuse young children and help them develop further their interest in language learning.

The lessons were “wunderbar” and needless to say that it was heartbreaking for the children to say “adios amigos!”

Sarah year 5 said “I loved the lessons, I want to learn all the languages that exist in the world, I had so much fun!”

y 12 student reflecting on the day: “The children were really enthusiastic and excited to be learning a foreign language and were very willing to contribute. Also the students showed good knowledge retention and were able to answer questions throughout the session. Also everyone in our group contributed to the presentation and when they weren’t presenting, did a good job of mixing with the children”.